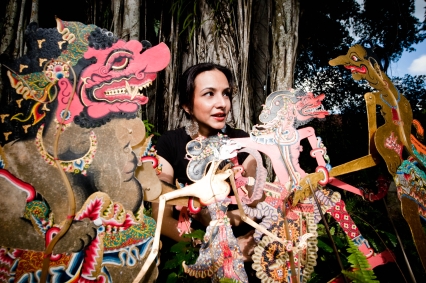 Here is an analogy to fundraising from the Sanskrit scriptures that I have derived many lessons from. It is about Ganesha and his brother Kartikeya, who were tasked by their parents to go around the world three times. While Kartikeya set out on the task immediately, circumambulating the globe as instructed, Ganesha chose to walked around his parents, Shiva and Parvati, with great devotion three times. When asked by his brother to explain his action, Ganesha replied, “you chose to go around ‘the world’, I did so around ‘my world’. Ganesha was pronounced the victor of this task by his parents.

Is our story of personal relevance to the potential donor?

The fundraiser in me has derived a very important lesson from this parable. Ganesh ensured his parents were part of his course of action, which made the decision of selecting the winner an easy task for them. I find this a good reminder when we need to tell a story of the causes for which funds need to be raised. The potential donor needs to be given a part in the story!

A story that the audience finds to be of personal relevance helps them visualize their participation. This also means that in addition to taking an action to donate or volunteer, they would repeat it, re-tweet or share it through their networks. Their actions will help our organisation’s story reach a far greater audience than your own. How do we then give our audience an important part in the story?

Is the donor part of our story?

Lessons from the Asian storytelling traditions, whether Korean drama, Indian cinema or Indonesian puppet theatre, have provided a time-tested story-telling formula that has worked across borders.

A Protagonist – someone central to the story, not a generic faceless number. As Mother Teresa famously said: “If I look at the mass, I will never act. If I look at the one, I will.”

A Villain – something/someone that stands in the protagonist’s way and creates a struggle. Help the audience to focus their attention on a specific struggle that need to be overcome – be it a disability, a catastrophe, an illness, a policy or poverty.

A Collaborator – someone who helps resolve the struggle so that the protagonist can succeed. A Sufi proverb helps to explain this role, “Past the suffering walks he who asks, ‘Why, oh God, do you not do something for these people?’ To which God replied, ‘I did do something, I made you.’

Does the story make the potential donor think or feel?

Commercial brands too create emotional messages that target the potential customer. For example, Apple tends to emphasize creativity, thus trying to make an emotional connection with their consumer. Why then are many of our fundraising efforts focused on the rational, data driven messages that will not connect our potential donors at an emotional level? While Kartikeya went for the factual, Ganesha sought to focus on the emotional, and look who came up tops in that task!

As communicators for the life and world changing efforts through social-purpose organisations, we have a great opportunity to make the work we do relevant to our current and potential supporters. I hope the lessons I have derived are of help to you too.

Do you have a story-telling lesson that you could share? I would love to hear from you.