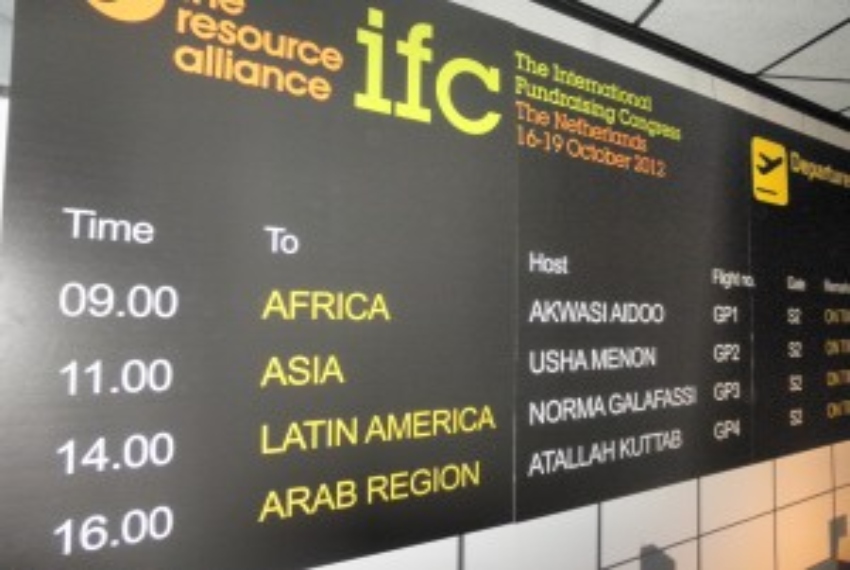 I just got back from the International Fundraising Congress (IFC), the world’s leading fundraising conference. IFC  is held each October in the Netherlands and is organised by the Resource Alliance, an organisation I have been involved with, in various capacities, for the past 20 years.

Here are some of the points that I presented at the congress in the session of Asian perspectives on fundraising.

The motto of the Lee Kuan Yew School of Public Policy (LKY School) is ‘Inspiring Leaders. Improving Lives. Transforming Asia’. The growing emphasis on good governance without constraining free markets has captured the vision of many donors in Asia. Thus in a short span of eight years, the LKY School has  emerged as the third best endowed school of public policy in the world after Harvard Kennedy School and Princeton’s Woodrow Wilson School.  A 3-paragraph letter from the founding Prime Minister of Singapore, Mr Lee Kuan Yew, shared this vision. It offered potential supporters the opportunity to reshape the thinking and expand the leadership horizons of future leaders by exposing them to Asian experiences. These appeals have resulted in major gifts of 100 million dollars for LKY School, from Asian donors.

Another example is the ‘Tele-facing’ used by Indian NGOs. It is the name given in India to a cold-warm donor acquisition hybrid of telemarketing and face-to-face fundraising. The process involves a telemarketer calling potential or existing donors and fixing a meeting. This is communicated to a field executive who then visits the person to seek a pledge or a one-off donation. At the face-to-face phase the responses are as high as 85-90%!

Asians have an adage ‘the first generation creates wealth, the second consolidates and the third consumes.’ High-net worth families and their wealth managers have all the financial instruments to ensure the transfer of wealth from one generation to the next. However, an urgent need is the transfer of the legacy of values, which will help younger members of these families to steward their financial resources and good fortune and not become its potential victims. This is validated in the UBS-INSEAD Study on Family Philanthropy in Asia, where ‘ensuring the continuation of family values’ is the main factor inspiring philanthropy.

At the same time, the non-profits mobilising funds through special events like gala dinners, art auctions and charity golf tournaments are beginning to enhance their relationships with these high-net worth individuals as well as the Corporate sector supporters. Thus many Asian non-profits are making the natural progression to develop major donor relationships.

The same study also highlights that while Asians high-net worth families focus their philanthropic support to domestic causes, there is a growing trend, especially in the developed Asian countries, to look beyond its borders.

As the interaction with high net worth philanthropist increases, the fundraisers and non-profit leaders will also need to expand their existing skill sets and develop new areas of expertise to broaden their resource mobilisation potential.

A study by Asian Development Bank provides an overview of the scale and scope of capital pools available for impact investment in sustainable social enterprises in Asia. This is an indicator of the shift by Asian philanthropists from being mere donors to charities. They are playing a larger role through their social investments, in co-creating a mutually desired future with social enterprises (rather than through the charity model). Currently, private equity, loans and quasi-equity are the most widely used forms of impact investment. The figure below provides an indication of future trends in impact investing.

Hence there is an urgent need for non-profit leaders to stay in-step with the changes in the funding environment in Asia.

What are the trends you see in the fundraising and resource mobilisation arena in Asia?