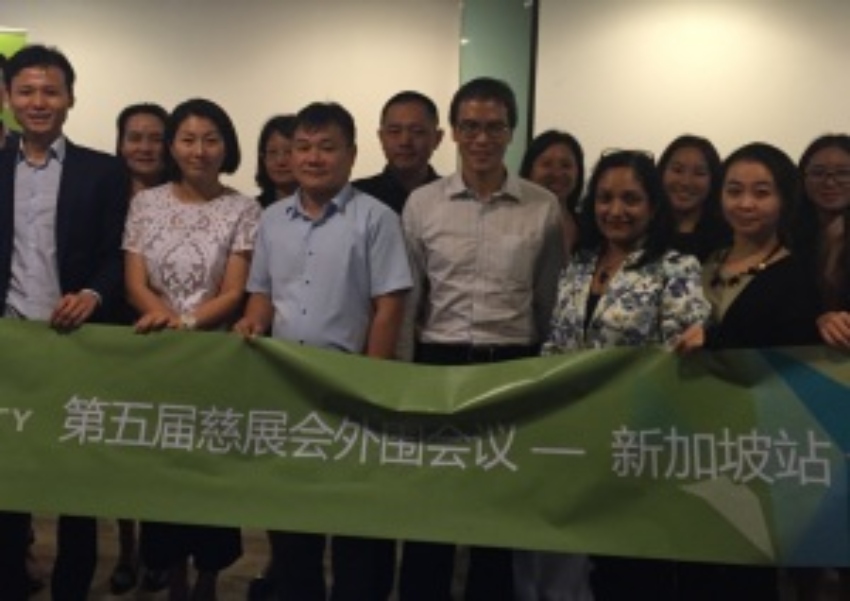 ‘Not to know and know that you don’t know, that is to know” -Chinese proverb.

I love the work I do as it’s a continuous process of studying, sharing and strengthening the social impact sector, organisations and its leadership across Asia.  Here are some of my recent observations and learning about the fundraising and philanthropy scene in China.  In the coming days, I shall also share my reflections on India and Japan.

China’s first charity law became effective in September 2016 and the Foreign NGO Management Law took effect in January 2017. Both laws are efforts by the Chinese government to strengthen regulations of the emerging fields of philanthropy and civic engagement. Currently there are more than 511,000 legitimately registered social organisations in China made of social associations, civil non-enterprise entities and foundations. Many of the social organisations are set up or sponsored by government. Foundations could either be public-fundraising foundations or non public-fundraising foundations both of which generally do a blend of grant-making and operating programs.

Efforts are being made by Chinese social organisations, Ministry of Civil Affairs as well as foundations to professionalize the governance and management process of social organizations and developing the space as a ‘sector’ while establishing fundraising and nonprofit management as professional areas to strengthen the sector. Hence Chinese philanthropists, social organisations and the government sector are keenly studying Asian models, norms and examples.

Chinese social organisations, corporate leaders and philanthropists are keenly studying Asian entities to understand models like SymAsia Foundation Limited, the Singapore registered wholly owned subsidiary of Credit Suisse that assists clients in setting up their own foundation that meet their Asian family philanthropic objectives. Exploring  platforms like the Asia Philanthropic Circle, a collaboration between progressive philanthropists who envision building an Asian brand of philanthropy.

‘To know the road ahead, ask those coming back’- Chinese proverb.

Learning from Singapore to create an Asian way to philanthropy.

While there are efforts made, there are also areas that need to be fine-tuned and reviewed. For example the need to integrate efforts by the Ministry of Civil Affairs with the Tax Bureau related to tax benefits and exemptions for donors and social associations; review of the 10% cap on management cost as well as clear definition of what such costs can entail.

The China Charity Information Centre reports that the corporate sector contributed over 70% of the US$16 billion donated in 2015, followed by 16% from individual contributions and 13% other sources like foundations.

However one of the exciting areas in fundraising that has seen tremendous growth is online giving across China. There are only 13 platforms with approval to mobilise online donations and many of them are not active. However platforms by e-commerce companies like Alibaba, Ant Finance’s AntLove, Tencent’s Gongyi and Sina Gongyi are very active and leading the public fundraising trend. For example Shenzen registered One Foundation which has a charity organisaiton status and hence the permission to raise public unrestricted funds has benefited tremendously from the growth of online giving. In 2016 One Foundation mobilized 12.4 million donors of whom 630,000 are monthly donors. 69% of the donors used the online channel to make their contribution.

Corporate sector is currently the leading force in public undesignated fundraising in China.

Giving Day China 2016 championed by Tencent on their platform raised US$44.22 million which included individual giving and corporate matching. 40% of the Tencent platform donors are high-school students making gifts of average US$1.45.  The general profile of the online donor in China is 20-30 years old.  Hence there is a clear trend in the rise of individual giving used in the online giving platforms in China.

Civil organizations and their leaders will have to learn to build relationship with their supporters and morph quickly from the current transactional engagements and heavy dependence on the e-commerce platforms, to embarking on a journey with their donors and supporters towards a long-term and growing commitment.

The value of philanthropy has been rooted in Chinese culture for thousands of years. Before the ninth century, charitable activities were largely religion-based and managed by temples or ancestral shrines, some of which functioned much like the social organisations we know today. In recent past, former Premier of the Republic of China Xiong Xiling (1870–1937) pioneered China’s modern philanthropy by helping establish educational and human service institutions. China now has 4,211 private foundations, more than double the number it had five years ago, according to the United Nations Development Program. Several successful entrepreneurs such as Jack Ma and Zhang Xin have made strong commitments in philanthropy.

However the lack of infrastructure, proper legal framework, clearly defined set of technical and ethical standards to ensure that donations go to good use, has resulted in Chinese philanthropists adopting a hands-on approach by establishing their own operating foundations to conduct charitable work. The new Charity Law should smooth the way for local nonprofit groups to legally register and raise funds, while encouraging philanthropy with tax incentives and easier processes for the wealthy to establish charitable trusts.

The regulations and efforts to strengthen the social organizations and the philanthropy environment should encourage the local foundations that currently focus on funding direct service work to explore systemic change strategies with the potential for long-term progress. With the efforts to strengthen governance and management processes, the social organizations and its leaders will look towards funders as partners rather than just for handouts.

‘The journey of a thousand miles must begin with a single step’ – I believe China has taken a major leap into an emerging model for transformation.